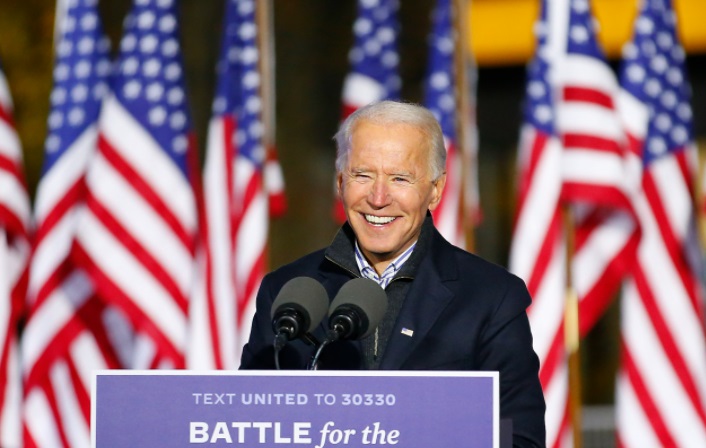 Joe Biden has promised to bring the US back into the Paris Agreement immediately upon taking office, if he wins the US Presidential election.

Hours after the US officially left the accord, Biden wrote on twitter:

The Trump administration announced in June 2017 that it intended to withdraw from the agreement, claiming the economic cost of the accord was too high, and unfair to the United States. The withdrawal becomes effective yesterday. 189 nations have ratified the agreement, and the U.S. is the only country to have formally exited.

Yesterday, as reported on ESG Today, a group of leading sustainable investing focused organizations announced the publication of an open letter urging the United States to rejoin the Paris Agreement. The group pointed out that the Paris Agreement has broad investor support, including 631 investors, representing more than $37 trillion in assets, who have signed the Global Investor Statement to Governments on Climate Change, calling for all governments to implement the necessary climate actions and policies to achieve the Agreement’s goals.